BE THE JUDGE! Who Is The Better Right Back Defender – Alexander-Arnold or Wan-Bissaka??? 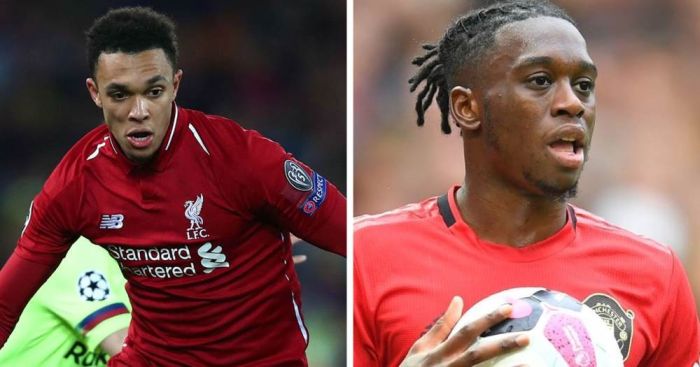 Liverpool fans were in cloud 9 as Right back defender Alexander-Arnold produced a masterclass performance in the 4 – 0 thrashing of Leicester City in the Premier League’s Boxing Day fixtures (Watch the Highlight here)
The England defender registered two clean assists (he has 11 in all competitions) in the match and later scored a stunner that many Liverpool fans are comparing him with great defenders like Cafu & Roberto Carlos.
Man United defender Aaron Wan-Bissaka also produced an assist on Boxing Day as Man United beat Newcastle 4 – 1 (Watch the Highlight here)
The £45m signing from Crystal Palace has also been very reliable for the Red Devils this season, recording an impressive tackle succession rate of 70% with 122 duels won.
Now we know they are both future prospects if they continue to work hard…
But the question on everyone’s lips is, Who Is The Better Player Right Now?
Sports
Reactions: