Vin Diesel Surprised On His Birthday with a Muscle Car (video) 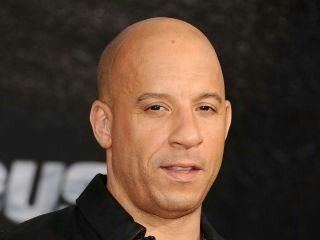 American Actor, Mark Sinclair, popularly known as Vin Diesel, was gifted on his birthday with a muscle car.
Vin Diesel is an American actor, producer, director and screenwriter who featured in the epic war film Saving Private Ryan and rose to international standing with his role as "Dominic Toretto" in The "Fast and the Furious" film franchise.
His colleagues (like Tyrese, Director Justin Lin and others) from the decade-long movie surprised him with a birthday cake and a Speedkore-built 1970 Dodge Charger called Tantrum.
Under the bonnet is a twin-turbo V8 Mercury Racing engine that produces 1650 horsepower through race petrol and 1350 horsepower through normal fuel.
It comes with a 6-speed manual gearbox, with the exterior produced from Speedkore carbon fiber components and leather upholstery.
This is the muscle car presented on 16 July 2019 to Vin Diesel on his 52nd birthday.