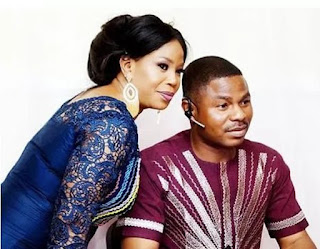 One of Nigeria's most renowned gospel singers, Yinka Ayefele and his wife welcomed a set of triplets.

Gospel singer and producer Yinka Ayefele and his wife Tope welcomed a set of triplets into the family, PM News reports.
Ayefele, owner of the popular Ibadan radio station, Fresh 105.9 FM, confirmed that the triplet set, two boys and a girl, was giving birth in the United States.

During his live program, "Let's Talk About It," the music maestro was said to have broken the news on Tuesday. This is the program he co-anchored on his Fresh 105.9 FM with Enitan Olusegun Bamidele. David Ajiboye, Yinka Ayefele's media assistant, confirmed that the wife, Mrs. Tope Ayefele, recently gave birth to the triplets in Maryland, USA.
It will be remembered that Ayefele had refused the tale of his triplets arriving in the U.S. in June 2019.
Ajiboye said his boss had previously denied the delivery of the babies because he doubted the credibility of the source who had contacted him for information on the matter.
The music icon married in 2000, three years after being involved in a car crash where he suffered a spinal cord injury.
Entertainment News
Reactions: