The' clemency' to screen at Toronto by Nigerian filmmaker Chinonye Chukwu.

By Nicerythm.com - July 25, 2019
Chinonye Chukwu's Clemency, a death row drama written and directed by the filmmaker herself, was chosen for screening at this year's Toronto International Film Festival.
The festival, considered one of the world's most important film festivals, screens more than 300 movies from over 60 nations and attracts an estimated 400,000 participants annually.
Clemency debuted at the sundance film festival previously this year and with it, Chinonye Chukwu set the record of being the first black lady to win the festival's largest award, the Grand Jury Prize.
Chinonye Chukwu's Clemency stars Alfre Woodard as Bernadine Williams, a prison warden struggling with her job's emotional requirements. 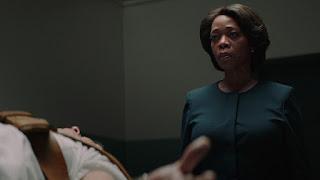