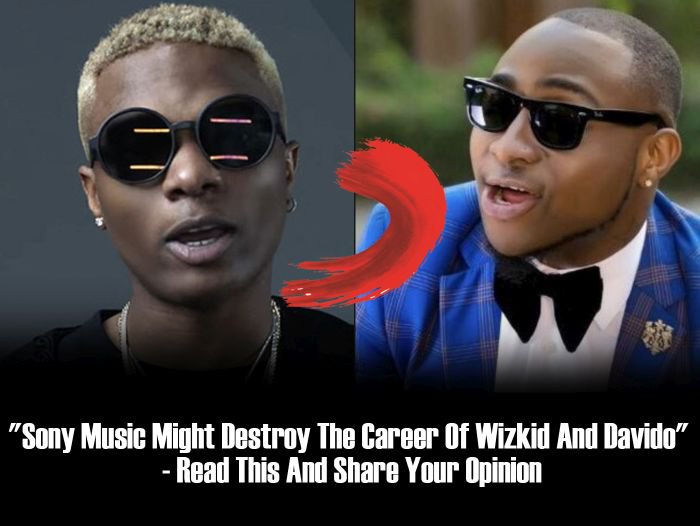 While we all assumed that either Wizkid or Davido would contest Burna Boy for this year's superiority, Burna Boy already looks like an simple victory and he carts the prizes back and gets the invitations to the shows.

He already has an album, African Giant on the manner, and it has been said that the launch deadline is July 26th, so that takes me away to Davido and Wizkid's problem.

These two pledged us this year's releases. Wizkid came on a three-month hiatus on his own and while we all believed he intended to devote more moment with relatives and attach final touches to his long-awaited album, which he had pledged since last year, Wizkid is still to publish this year's first formal song.

Maybe his album won't be published again this year. Why? With Davido, it's the same scenario. He's in the States moving forward with Fall, a album that fell away two years, just 2017.

He has also pledged an album for 2019, and like Wizkid, as his only musical effort to demonstrate for this year, he has characteristics and partnerships. So far this year, they were missing from the film arena.
Why is this going to happen, maybe you want to know? The Sony recording deals established by these two two years earlier then restrict the indiscriminate release of songs.
We all understand these two as one of Nigeria's most hardworking musicians, charting just like Olamide is doing now almost every day and a few years ago, both Wizkid and Davido could have 5-6 singles for a year.
The recording contract they both agreed implies they must examine all their' formal' versions globally.
Through Sony Music approved, published and distributed. As the music room has shifted, this would have an adverse effect on their professions.
The upcoming performers are governing the airwaves and the prizes and appreciation are also being taken back by Burna Boy.
👣🎤So guys don't you think you could send Wizkid and Davido to their early retirement, this Sony deal?

Let's also read your own opinion