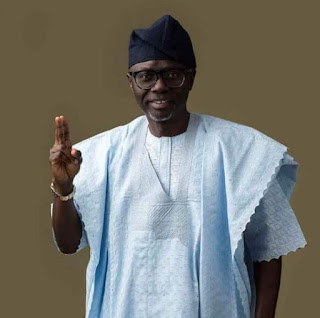 Lagos State Governor, Babajide Sanwo-Olu, on Sunday, transmitted a list of Commissioner-designates to the House of Assembly for ratification.


The list included twenty-five names to assume obligation as Commissioners and Special Advisers upon ratification by the parliament. A declaration by Deputy Chief Press Secretary of the Governor, Mr. Gboyega Akosile, said Sanwo-Olu thoroughly selected the nominees based on their cognitive expertise in their respective professions.
According to Akosile, the list included names of technocrats and politicians who recognize the state's difficulties, noting that the painstaking and laborious selection process aimed at creating the finest team to serve Lagos in line with the agenda of his administration's vision of providing a city-state that will rank among the top liveable towns in the globe.

"We took our time to pick the best hands for the tough job Lagosians have chosen us to do. Nominees for the twenty-five Commissioner and Special Advisor positions include women and men who have made their mark and at the zenith of their professional appointments.''

The secretary further indicated that the present list is first batch, stating that consultation was taking place regarding the full amount of cabinet members.
He further revealed that the new cabinet would be special because of its diversity.
Citing Governor Sanwo-Olu, he said Lagos would continue to take the lead in state administration in innovation, gender balance, and youth integration.
Politics
Reactions: