"I just want Baddo to forgive me, I can do anything for him"-Lyta Begs Olamide (watch video) 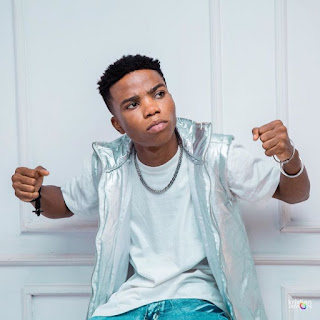 Lyta has come openly with Do2tun CoolFm to ask for his former boss, Olamide's forgiveness on the Midday Oasis show.
Months after both sides have dissolved their boss-artist relationship and it follows a lot of calling out, suppose Lyta has sobbing about the whole problem and just want to create peace with Baddo.
The Monalisa singer made it known that he can do anything just to make Olamide let go of all his previous misdeeds and let go of them.
He also clears the air about the sinking connection he presently has with Jealous singer, Fireboy. But just listen to me on your own.