By Nicerythm.com - July 26, 2019
Following a motion from Hon. Ifeanyichukwu Anthony Ibezi on the steady increase of SIM swap fraud in Nigeria, the House of Representatives decided on Thursday, July 25, 2019 to set up an ad hoc committee to perform an investigative hearing on the increasing trend of SIM swap fraud in the nation.
Presenting the movement backed by Prof. Julius Ihonvbere, the member representing Owan Federal Constituency, Hon. Ibezi recalled that the Central Bank introduced a cashless policy in 2012, an initiative that reduced the amount of physical cash involved in business transactions and encouraged the use of electronic platforms to pay for goods and services.
He observed that despite the countless benefits of electronic transactions, some disadvantages are manifesting in the form of swap fraud in the form of Subscribers Identification Module (SIM).
This happens, he said, when a fraudster steals somebody's private data, primarily from the Internet, and uses it to request a fresh SIM card from the victim's network provider, efficiently cloning that person's identity.
Hon. Ibezi also observed that as shortly as the network provider issues a fresh SIM card with the same amount of the individual whose identity has been robbed, that person's network signal will vanish from his initial line that he would still have in his hands.
As the confused victim will struggle to restore his or her line, the fraudster will immediately set to work by diverting any incoming SMS and finishing text-based two-factor authentication checks that protect the most delicate accounts of the owner in financial services, social networks, webmail services and instant messages.
This sort of fraud, he observed, is now used to steal cash from bank accounts of people and simulate emergencies to request cash from contacts of victims.
He recalled the insignificant tale of one Sawari Bolanle, a young mother who, as reported by the Guardian journal of July 01, 2019, was a victim of this new fraud.
Given the rampant incidence of this new tech fraud, the House of Representatives accepted the motion by unanimous vote and decided to set up an ad hoc committee to perform an investigative hearing on the trend.
The commission has six weeks to report to the house for further legislative intervention. 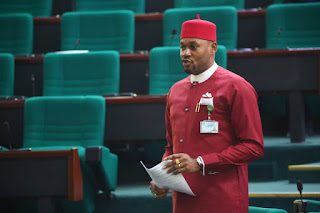 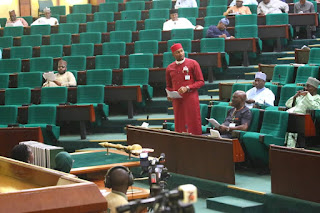 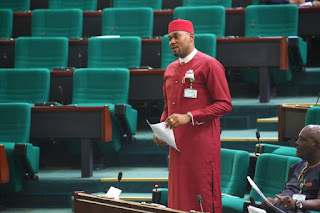