By Nicerythm.com - July 31, 2019
A petrol tanker burst into flames in Gombe State on Wednesday.
Okay.ng learned that the event took place in Tunfure, along the express highway between Gombe and Bauchi.
Fire fighters are already helping in placing off the flame, according to a source at the scene.
No details of the casualties were announced at the time this report was filled out. 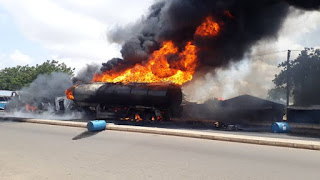 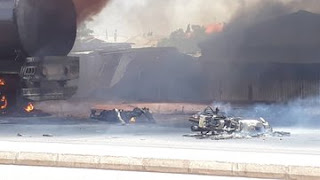 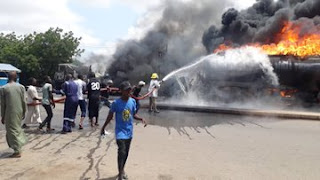