The Gunners will pay for the 24-year-old through a sequence of instalments in line with their limited budget for this summer.
An arrangement between the representatives of Arsenal and Pepe still requires to be finalized.
But the transfer is expected to be completed within the next 24 to 48 hours.
Italian side Napoli also encountered Lille's asking price, but the player's camp denied their suggestion.
Pepe tends to work on the right wing and cut in on his left foot, but can also be used as a striker in a 4-4-2 formation.
Last season he scored 23 objectives for Lille and satisfies Arsenal's need for a broad player with speed and strong technical capacity.
Arsenal offered £ 40 m earlier this month for Crystal Palace's Ivory Coast winger Wilfried Zaha, but their Premier League rivals value the player at about £ 80 m. 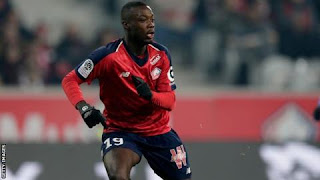